How To OP Someone in Minecraft Realms

Minecraft Realms is a multiple-player game server run by Minecraft, that allows group play with friends, whereby players can create a game world of competition and survival upon subscription. 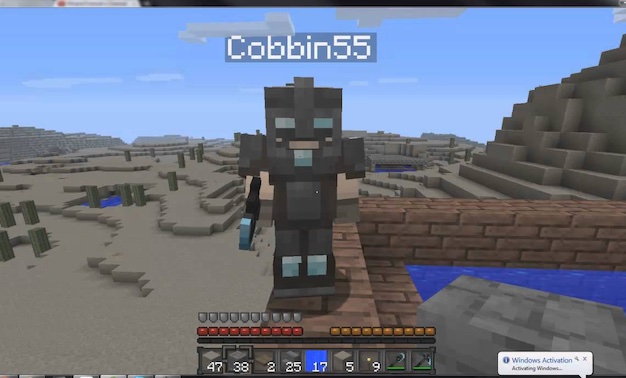 Once you’re subscribed, Minecraft Realms world can be accessed online by your invited friends even when you’re logged off and it works such that only invited game players can access the game world.

There are several functions you need to know how to activate to be able to enjoy the multiplayer server option that the Minecraft Realms afford including how to invite players how to set yourself or someone else as OP.

How to invite players

The good thing about inviting friends to play on Minecraft Realms is that they don’t have to be subscribed to play with you.

To invite friends to your Realm:

Your friend is automatically added to your invited list whether the invitation is accepted or not, but unaccepted invitations expire within 7days.

You will be able to view the friends already invited from the members’ list and you can also follow these steps to invite and remove friends who are no longer welcome on the game or have remained inactive for too long.

If you prefer not to go through the stress of inviting your friends one at a time you can simply send a link inviting all of them at once.

You’ll find your invitation link/code on the members drop-down options on your game panel.

How to set yourself or someone else as OP

Being OP or operator gives a player access to every permission the Minecraft Realms server offers and allows the player to use different commands in the game such as /gamerule,/gamemode and others.

Being OP essentially means a player is the game administrator. Before you can OP yourself or someone else you must understand the different OP levels Minecraft Realms has.

The OP levels on the Minecraft server dictate how much control an OP can have on the server.

There are 4 OP levels and each level has control over the level before it.

OP Level 1: The first OP level in Minecraft allows operators/game administrator to forgo the default spawn protection the game affords. The OP level one is however the lowest and doesn’t have any game commands attached to it.

OP Level 2: The second OP level in Minecraft allows operators to not only forgo the default spawn protection mode but is also able to give commands like /gamerule, /give, /summon, gamemode, /difficulty and many others. This level also gives operators permission to edit any command block on the game.

game operators/ administrators use these game commands /ban, /kick, /drop, and /op as well as use the commands that level two allows and forgo default spawn protection.

OP Level 4: This fourth OP level is the highest level a game operator can use and allows the operator to use the /stop command as well as all the other permissions the other OP levels allow.

Once you understand the four OP levels you’ll also need to know how to set the levels.

To set the OP levels on Minecraft…

Now that you understand the different OP levels available on Minecraft and can set your preferred level, you should know how to set yourself or someone else as OP.

You’re automatically set as the game OP when you pay for a Minecraft Realms subscription or when you use a third-party host for your game server.

You can also follow these steps to make yourself an OP:

Following these steps allow OP someone else, just replace your username with theirs.

You can also set someone else as OP by typing /op, but you must be an OP on at least a level 3 before you’re able to use this command.

Just like you can set someone else as an OP you can also remove them from being an OP.

You can also remove someone else as OP by typing /deop, but you must be an OP on at least a level 3 before you’re able to use this command.