How Many Minecraft Mods is Too Many?

We take a look at the growing Minecraft modding community and ask the question, how many is too many? 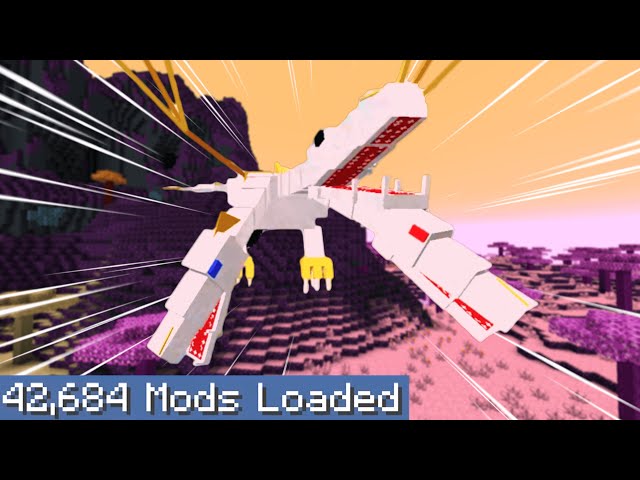 The answer to this question largely depends on your personal preferences and playing style. For some people, having a few mods installed is perfectly fine and does not impact their gaming experience. Others, however, might feel overwhelmed or bogged down by too many mods.

There is no right or wrong answer when it comes to how many Minecraft mods you should have installed. Ultimately, it is up to you to decide what works best for you. If you find that having too many mods installed is causing problems for you, then it might be a good idea to uninstall some of them.

If you are unsure about whether or not you want to install a particular mod, there are a few things you can do to research it further. Checking out reviews from other players can be helpful in getting an idea of whether or not a mod is worth downloading. Additionally, looking at the mod’s website (if it has one) can give you more information about what the mod does and how well it works.

The Various Types of Minecraft Mods

Mods are a great way to customize your Minecraft experience. There are many different types of mods, ranging from simple texture packs to complete overhauls of the game. You can also find mods that add new features, such as pets or mini-games. The sky is the limit when it comes to mods! However, too many mods can start to cause problems.

There are literally thousands of texture packs available for Minecraft, so finding one that suits your taste can be a daunting task. If you’re not sure where to start, we recommend checking out some of the most popular texture packs on curseforge.com. Once you’ve found a pack you like, simply download it and paste it into your minecraft/texturepacks folder. After that, all you need to do is select it from the “Texture Packs” menu in Minecraft and you’re good to go!

You can change the way your player looks in Minecraft by changing your skin. You can either create your own skin or download one that someone else has made. There are also a few sites that offer premade skins for download, such as Skindex and NovaSkin. You can even buy special skin packs from the Minecraft Marketplace. These usually include a set of skins to use, and sometimes they come with extra content, such as a cape or some custom animations.

A world pack is a compilation of many mods that work together to create a certain gaming experience. Generally, world packs are made for modded servers in multiplayer and include mods that add new dimensions, items, mobs, NPCs, and quests. Sometimes, all the mods in a pack will be from the same author; other times, not. Players often download world packs from modpack repositories like Feed The Beast or Technic Platform. Some popular Minecraft world packs include Hexxit and Tekkit.

A mod pack is a collection of mods that have been put together and configured so that they will all work together. There are many mod packs available for Minecraft, and more are being created all the time. Some mod packs come with their own custom installation program, while others need to be installed manually.

The Pros and Cons of Minecraft Mods

Minecraft mods can add a lot of content to the game, and they can be a lot of fun to use. However, there can be such a thing as too many mods. If you have too many mods installed, it can start to slow down your game and make it harder to play. It can also be a pain to keep track of all the different mods you have installed. Let’s take a look at the pros and cons of using mods in Minecraft.

There are many advantages to installing Minecraft mods. Mods can add new features and content to the game, such as new items, blocks, monsters, and biomes. They can also change the gameplay mechanics, such as how hunger works or how much damage players deal and receive. In some cases, mods can even make the game easier or more difficult.

Installing mods can also make it easier to find and play with others who have similar interests. For example, if you’re a fan of a particular modded pack, you can join a server that is running that pack. This can be a great way to meet new friends and expand your Minecraft horizons.

Finally, mods can help extend the life of the game by keeping things fresh and interesting. If you find yourself getting bored with vanilla Minecraft, installing some mods can give you a whole new world to explore.

-Too Many Mods Can Cause Conflicts
If you have too many mods installed, you may start to experience conflicts. This happens when two mods are trying to change the same thing. For example, if you have a mod that changes the way blocks are generated, and another mod that changes the way the game renders those blocks, you may start to see strange glitches. In some cases, these conflicts can cause crashes.

-Too Many Mods Can Reduce Performance
Mods can be very demanding on your computer’s resources. If you have too many mods installed, you may start to see a decrease in performance. This is especially true if you are using an older computer or one with low specs.

How Many Minecraft Mods is Too Many?

Minecraft is a game that is almost infinitely moddable. You can find mods that add new items, change the gameplay, or even just change the look of the game. But with so many mods available, how do you know when you have too many?

Too Many Mods Can Slow Down Your Computer

Too many mods can slow down your computer, and even cause it to crash. When you download a lot of mods, they all have to load into your computer’s memory, and that can take up a lot of space. If you have too many mods loaded at once, your computer may not be able to handle it and could crash.

The answer to this question is, unfortunately, a little bit complicated. It really depends on a variety of factors, including how many mods you have installed, how popular the mod is that you’re looking for, and whether or not you’re willing to pay for it.

There are a few different ways to find mods for Minecraft. The most popular method is to simply search for them on the internet. However, this can be difficult, because there are so many different websites that offer mods, and it can be hard to know which ones are reputable and which ones aren’t.

Another method is to look for mod packs. Mod packs are collections of mods that have been put together by other players, and they can be a great way to find a bunch of mods that you like. However, they can also be very expensive, so it’s important to make sure that you’re getting a good deal before you purchase one.

The best way to find mods is probably to ask around in the Minecraft community. There are a lot of people who play Minecraft who would be happy to help you out, and there are also many different websites and forums where you can ask for help finding mods.

Once you’ve found some mods that you like, the next step is to install them. This process can vary depending on which mod you’re installing, but generally speaking, it’s not too difficult. Most mods will come with instructions on how to install them, so just follow those instructions and you should be fine.

If you’re looking to install a lot of mods, you might not be able to play with friends who don’t have the same mods. That’s because each mod can change different things about how the game works. For example, one mod might add wolves that you can tame, while another mod might add bears. If your friend doesn’t have the bear mod, then they won’t be able to see the bears in your game. And if you don’t have the wolf mod, then you won’t be able to see the wolves in their game. So if you want to play with a lot of mods, it’s best to only play with friends who have the same mods installed.

After taking everything into consideration, we believe that the answer to the question ‘how many Minecraft mods is too many?’ depends entirely on the individual player. If you are someone who enjoys playing with a lot of mods installed, then by all means, go ahead and add as many as you like! However, if you prefer to keep things simpler and are happy with just a few select mods, then there is no need to add any more. Ultimately, it is up to you to decide how many mods is the right number for you.