Can You Play Minecraft and Roblox on a Chromebook?

Chromebooks are becoming more and more popular, but can they handle games like Minecraft and Roblox? We take a look at whether or not you can play these popular games on a Chromebook. 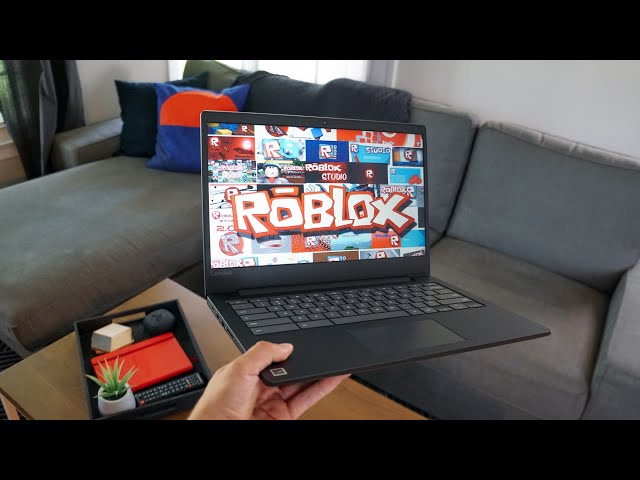 What is a Chromebook?

Chromebooks are laptops that run on Google’s Chrome OS operating system. The Chrome OS is a lightweight, cloud-based operating system that is designed for users who primarily use their laptops for web browsing, social media, and online document creation and editing. Chromebooks are generally more affordable than traditional laptops, and they have been gaining in popularity in recent years.

One of the main selling points of Chromebooks is their ease of use; they are designed to be used with minimal setup or maintenance. Another selling point is their portability; Chromebooks are often smaller and lighter than traditional laptops.

One of the biggest questions people have about Chromebooks is whether or not they can run popular computer games like Minecraft and Roblox. The answer to this question is yes, but there are some caveats.

First of all, it is important to note that not all games will work on a Chromebook. This is because many games are designed to run on specific operating systems, and Chrome OS is not a common operating system for gaming computers. That being said, there are still a number of popular games that can be played on a Chromebook using either the built-in Chrome web browser or by installing a game streaming service like Steam Link.

Another thing to keep in mind is that gaming on a Chromebook will not be as smooth or responsive as gaming on a dedicated gaming laptop or desktop computer. This is because Chromebooks are not as powerful as traditional gaming computers; they simply don’t have the same kind of processing power or graphics capabilities. That being said, if you’re willing to sacrifice some graphical fidelity and responsiveness, you’ll be surprised at how well many games will run on a Chromebook.

So, if you’re looking for a cheap laptop that you can use for web browsing, online document creation and editing, and light gaming, a Chromebook might be right for you. Just keep in mind that not all games will work on these laptops, and the ones that do may not run as smoothly as they would on a more powerful computer.

What Games can you Play on a Chromebook?

Yes, you can play Minecraft on a Chromebook, but you will need to download the game first. The game is not available on the Google Play Store, so you will need to find another source for it. One option is to use the website Minicraft.net. This website offers a version of Minecraft that is compatible with Chromebooks.

To play Minicraft, you will need to create an account on the website. Once you have done this, you can log in and start playing. The game is free to play, but there are some optional in-game purchases that you can make. These include items such as skins and textures for your character.

Roblox is a multi-player online game that allows players to build and design their own worlds. It is available on all major platforms, including Chromebooks. To play Roblox on a Chromebook, you will need to install the Chrome version of the game.

Are there any Other Games like Minecraft and Roblox?

Chromebooks are becoming more and more popular, but can they run games like Minecraft and Roblox? The answer is yes! Chromebooks are able to run both of these games, and many others. In fact, there are a number of games that are specifically designed for Chromebooks. Let’s take a look at some of the best games for Chromebooks.

Fortnite is a new game by Epic Games that has taken the world by storm. It’s a survival game where players are dropped into a map and must scavenge for resources to build shelter and weapons to survive. The game is free to play, but there are in-game microtransactions that can be used to purchase cosmetics and other items.

Apex Legends is a free-to-play Battle Royale game where legendary competitors battle for glory, fame, and fortune on the fringes of the Frontier. Join up to three other players and create your own legend in the making. Master your legend’s unique abilities, squad up, and fight to the top.

Call of Duty: Warzone is a free-to-play battle royale video game developed by Infinity Ward and Raven Software and published by Activision. The game is a part of the Call of Duty franchise, and was released on March 10, 2020, for Microsoft Windows, PlayStation 4, and Xbox One.